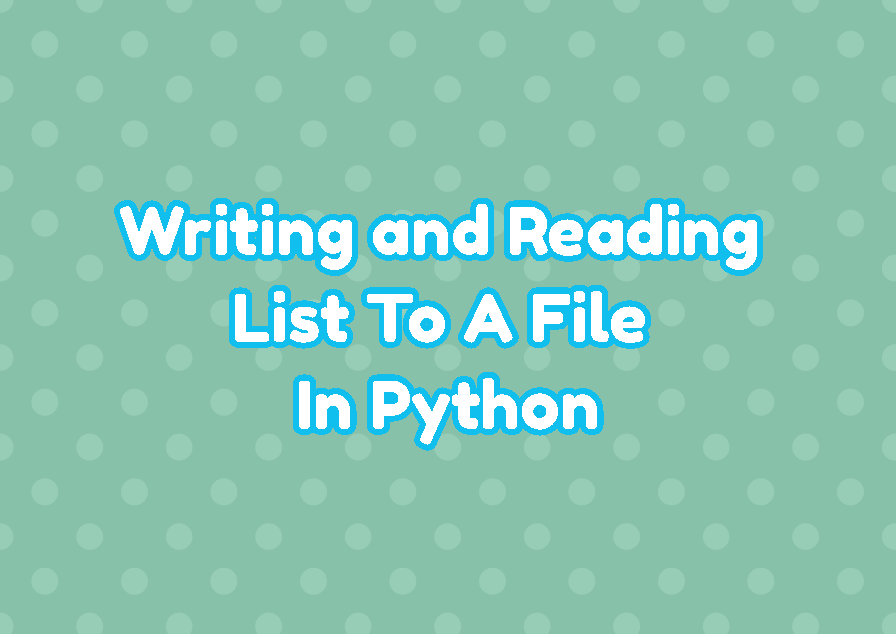 Python list data structure is heavily used to store multiple items in a single variable. The Python list is very similar to the array in other programming languages. The popular use case for the list is storing the list and its items into persistent storage to read later. There are different ways where storing a list in a database is an option. But putting a list into a database can be costly and hard to implement. another way is serializing the list and storing it in a file. Simple the list is written into a file.

In order to write and read list into a file the file mehtods write() and read() can be used. In the following example we will create a list named countries and store countries. This list will be written into a file named “countries.txt”.

We can see that every item is stored in a separate line. So in this example, the list items are iterated one by one and every item is written into the file named “countries.txt” and in every item, the “\n” end of the line is added.

Write and Read List Into A File with writelines() and readlines() Methods,

Write and Read List Into A File with pickle

The pickle is a serialization and storage module provided by Python. The pickle module provides the dump() method in order to serialize the provided data and store it in a file. The pickle module serializes the data in binary format which means the written file can not be read like a text file. the pickle.dump() method accepts two parameters where the first one is the data we want to serialize and the second one is the filehandle we want to store. The filehandle should be already created and capable of write data.

The python list stored file can be read with the pickle.load() method. The load() method of the pickle only accepts a single parameter which is the file we want to read.