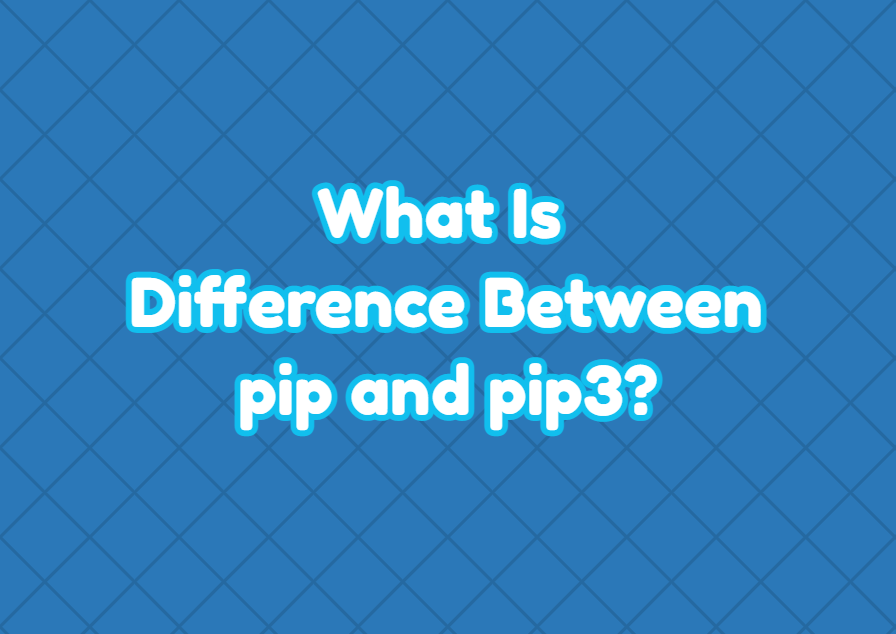 The pip command version can be also checked with the -V or --version options like below.

From the output, we can see that the pip command refers to Python 3.9 . This means the pip is the same as with the pip3 command.

The pip3 command is used for Python3 package management and can not be used with Python2. Like pip, we can use the which command and -V options in order to check the pip3 executable and version information like below.

Are pip and pip3 Commands The Same Executable?

According to the previous findings, we can decide whether the pip and pip3 are the same command or executable. We can see that pip is just a soft link to the current active Python version and related pip command. But the Python3 becomes the default Python version for most of the Linux distributions the pip and pip3 refer to the same command and executable these days.