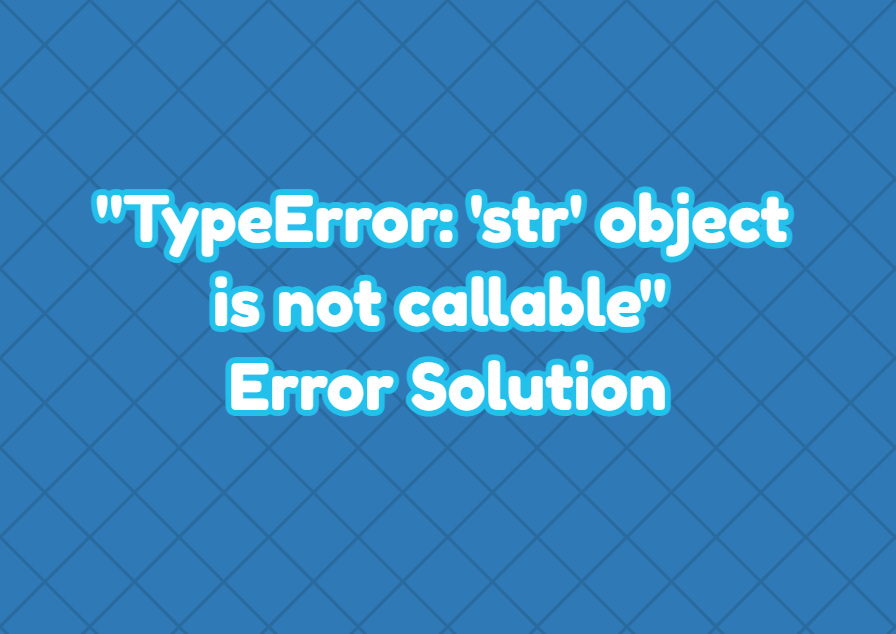 Python provides different types like string. The str() function is used to convert provided types like integer, float, etc into the string type. If the str is also used as a variable or object name and we try to call the str() function we may get the “TypeError: ‘str’ object is not callable” error like below.

The TypeError: 'str' object is not callable error is generally displayed like below where the error line is the last line.

The solution is just not call the variable like a function.