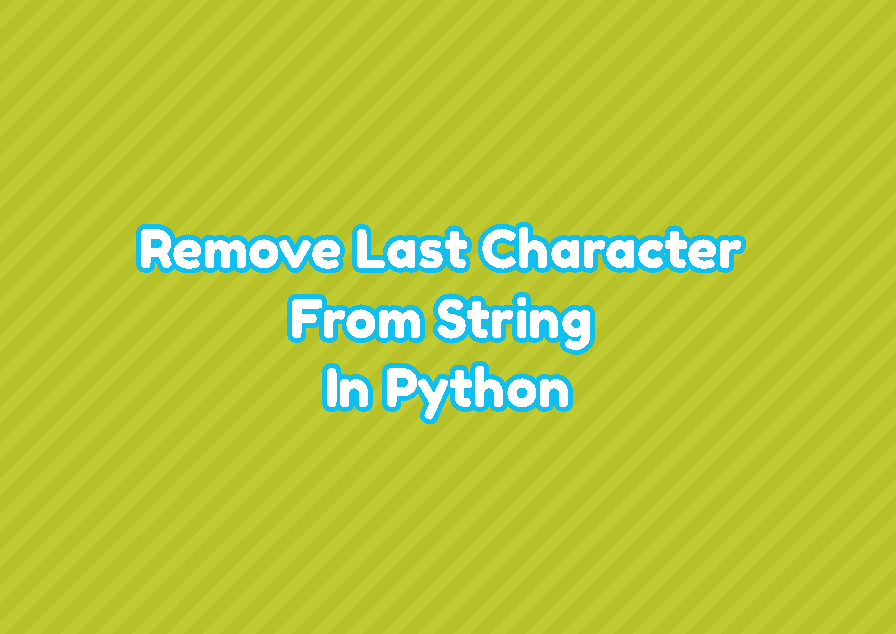 The output is like below where the last character “T” is removed.

Regular Expression or Regex is used to define and match character and text partterns. Regex provides a lot of useful specifiers where some of them is end of line, multiple characters etc. These can se used to remove last character from the string. In order to work with regex the re module should imported and the sub() method is used to make substitution with the provided regex pattern.