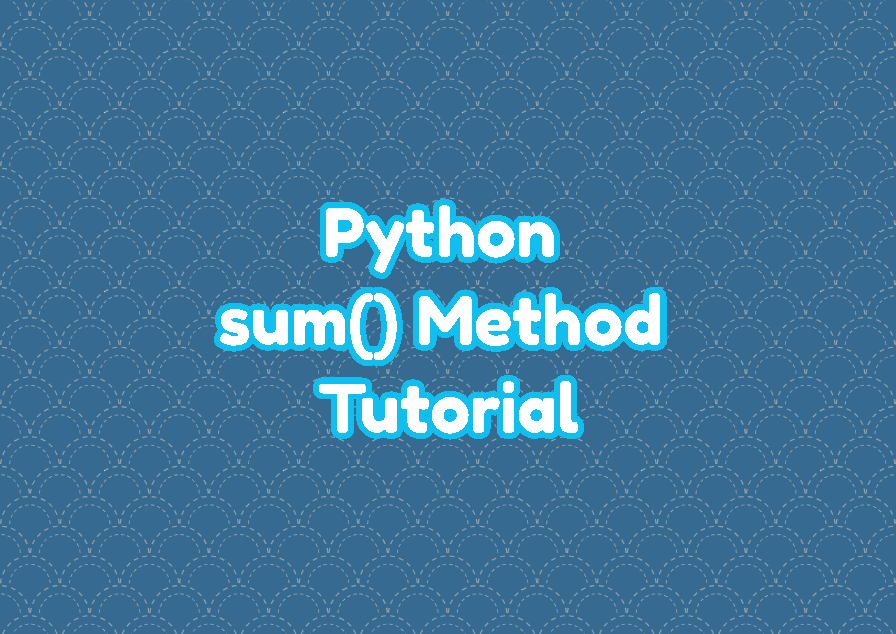 Python provides the sum() method which is used to sums the provided iterable which can be a list, a set or etc. The sum operation is executed from left to right and the total value is returned as the return value.

The sum() method has the following syntax where the second parameter is optional.

The sum() method is generally used to sum specified list items. The list items should be numbers like integers, floating points, etc. In the following examples, we use the list named “numbers” which contains integers for the first example. In the second example, the list numbers contain integer and floating-point values.

We can also provide the start value in order to start sum operation from left to right. In the following example, we start the sum operation with value 2.