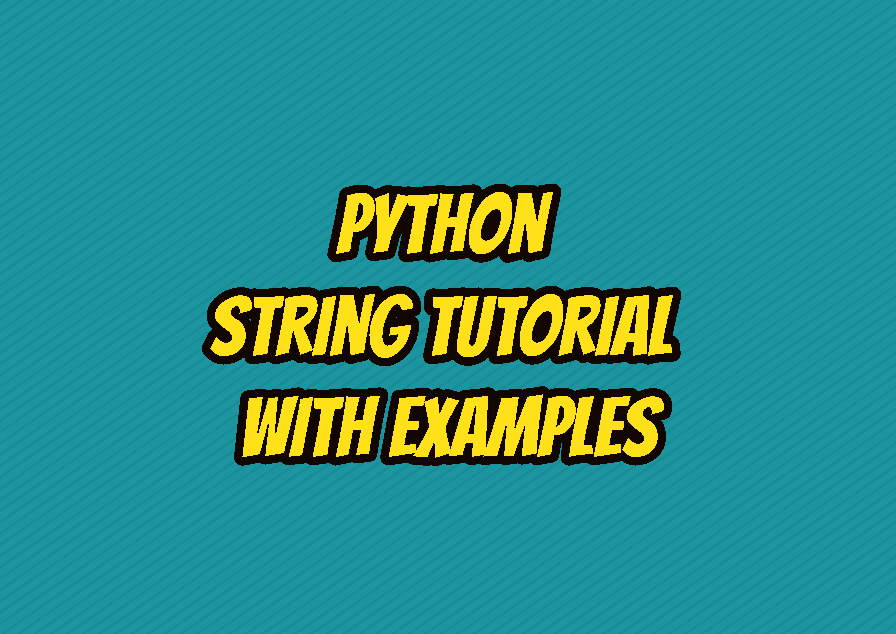 In Python String type is used to store characters. String type stores characters as by of Unicode. A string may contain nothing or multiple characters where the size is related to the character count. The string data can not be used for mathematical or arithmetic calculations. In this tutorial, we examine string types with different aspects.

Alternatively, we can use a sentence that contains punction marks and spaces as a string value. In the following example, we create the variable named sentence which contains letters, punction marks, spaces, dots, etc.

One of the most practical ways to print and check string values is using the print() method in order to put string values to the standard output or command-line interface.

Alternatively, a single quote can be used to specify the string value like below.

The output is like below where first the string “Ahmet” is printed and then the value of the update “Elif” is printed.

Alternatively, we can access a range of characters by using index range specifiers. The square brackets are used to specify the index range where the START and END index numbers are provided by separating them : . For example name[0:2] is used to access the first 2 characters of the name string variable. The END index numbered character is not displayed.

As the string is interpreted as a character array or character list we can iterate over these characters by using loops. The for loop can be used to iterate over every character of a string.