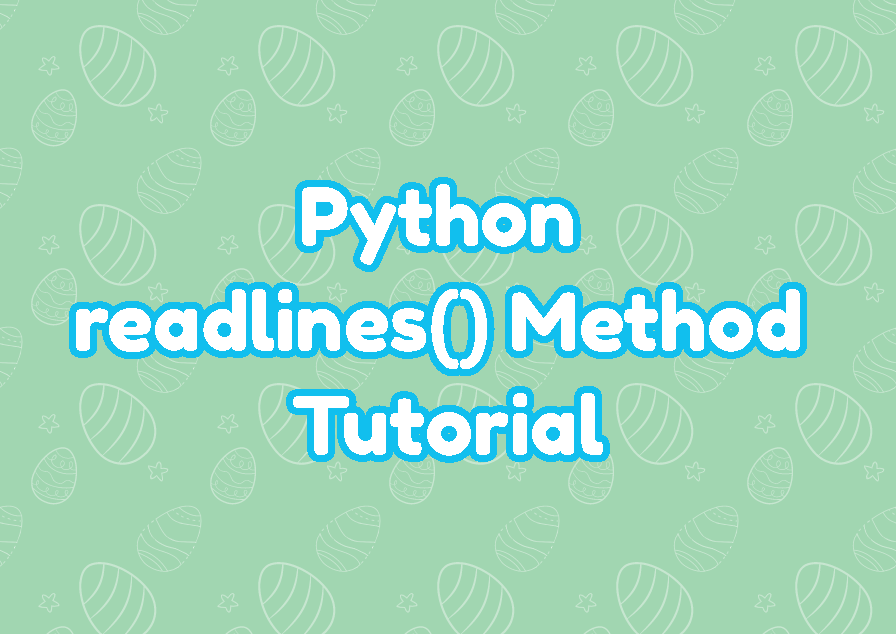 The readlines() method reads all lines and returns them as a list where every line is an item in the list. In order to read a file, it should be opened with the open() method where read mode is enabled. But alternatively, the read+write mode can be used too.

From the output, we can see that every end of line character is displayed too. “\n” is used to specify the end of the line.