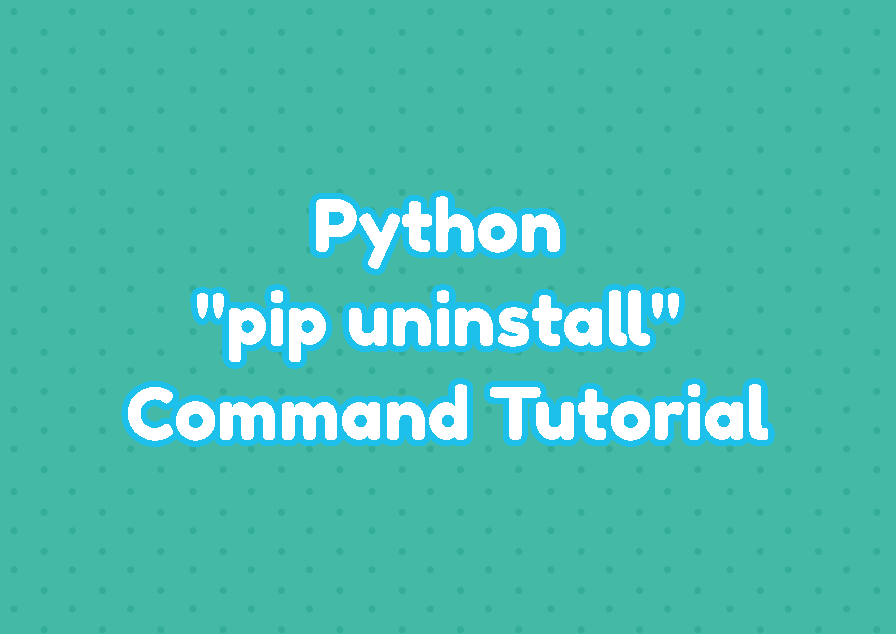 During uninstall, the package files and directories are detected and confirmation is required.

Global python packages are installed for all users. The global packages can be also uninstalled by using the sudo command like below.