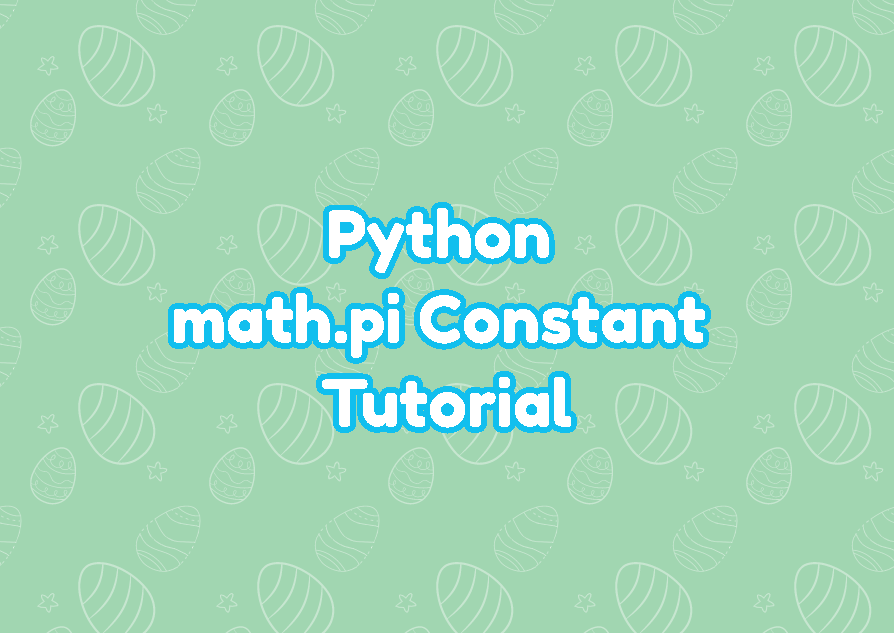 Import and Use math.pi

PI value is provided with the of pi from math module. So in order to use PI in python the math module should be important before use.

Another alternative way to use pi value is renaming it and using with its new name. In the following example we will import the math.pi with the name of PI.

math.pi is a constant value which means it can not be change or read-only. We can only use this value but can not change because it is a mathematical constant. math.pi type is a float which is equal to 3.141592653589793 .

Calculate Area of a Circle

In the following example we will calculate the area of a circle which radius is 5 centimeter.