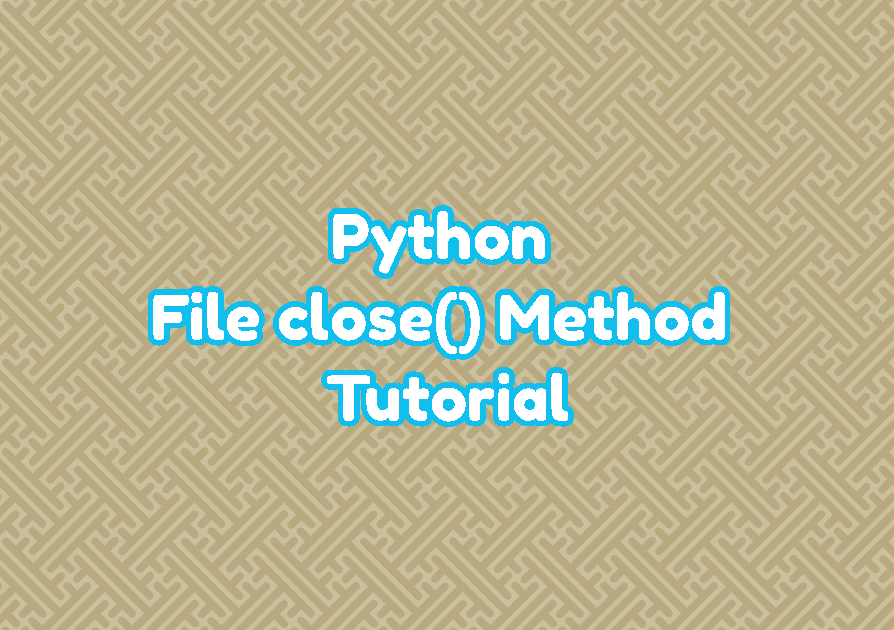 The close() method is provided via the opened file object. close() method has very simple syntax where it doesn't have any parameter. When it is called it will close its file object and do not return any value.

Lets make a simple example where we will open and close a file.

Some files can be opened for only read. There is not need to write new data into these files. These files are called as Read-Only . We can also use the close() method in order to close the read-only files which is the same like closing other files.

Check If Given File Is Closed