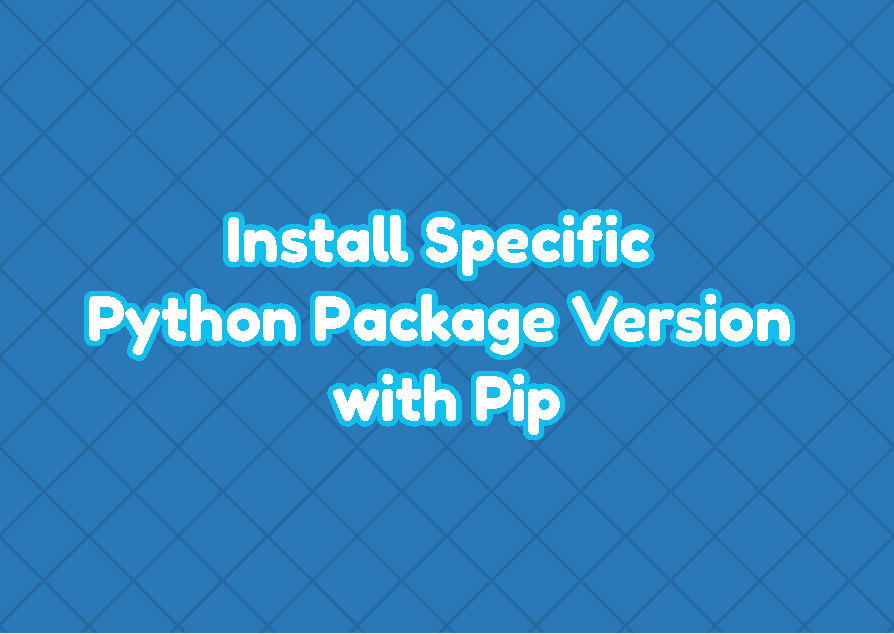 From the Version line we can see that the current or latest numpy package version is 1.19.1.

Install The Latest Version of A Python Package

The syntax to install spefici version of the Python package is like below.

If the version number provides multiple minor version numbers all of them can be specified. For example, the following pip command installs the abc version 1.20.3

Install Specific Version of A Python Package Which Is Allready Install

If a package is already installed with a version that is different from the version we want to install this may create problems. The simplest solution is uninstalling or removing the previously installed version of the Python package. The -Iv option can be used to remove or delete all previously installed versions of the specified Python package. In the following example, we install numpy package version 1.18 by uninstalling and removing existing numpy packages with different versions.