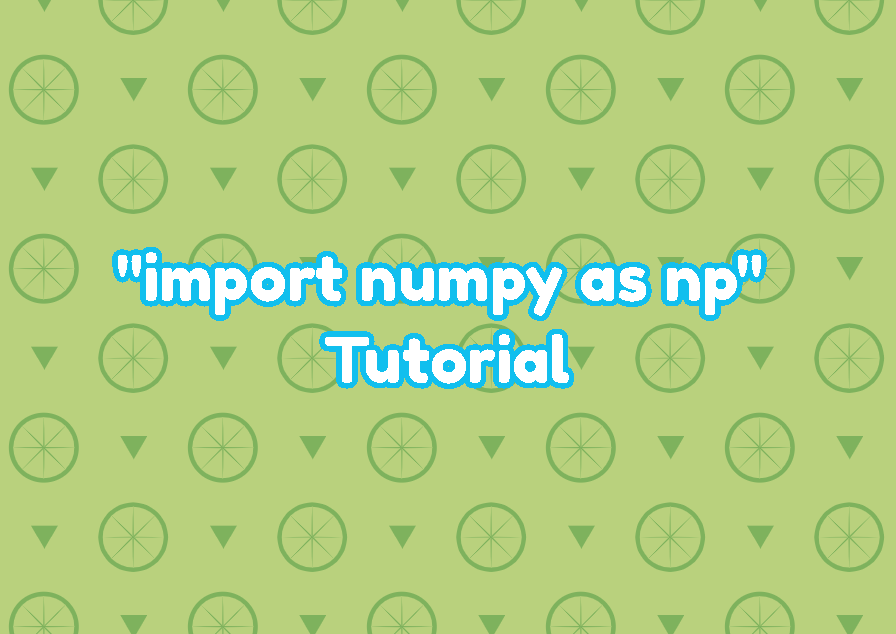 The numpy is a popular Python library that is provided as 3rd party. The numpy provides an array, lists related operations in an easy-use way. In order to use numpy it should be imported by using the ” import numpy” statement. But there is a more practical way to use numpy with the “import numpy as np” where the np can be used to call the numpy library and related functions and data types.

The numpy is an external or 3rd party library which do not provided with python by default. In order to use it we should install by using package managers or pip command.

The numpy should be imported in order to use it. It can be imported by using the import statement and module name like below.

As the created alias np refers to the numpy when we try to print the version of the np the numpy library is printed. The __version__ attribute can be used to print version information of the numpy.