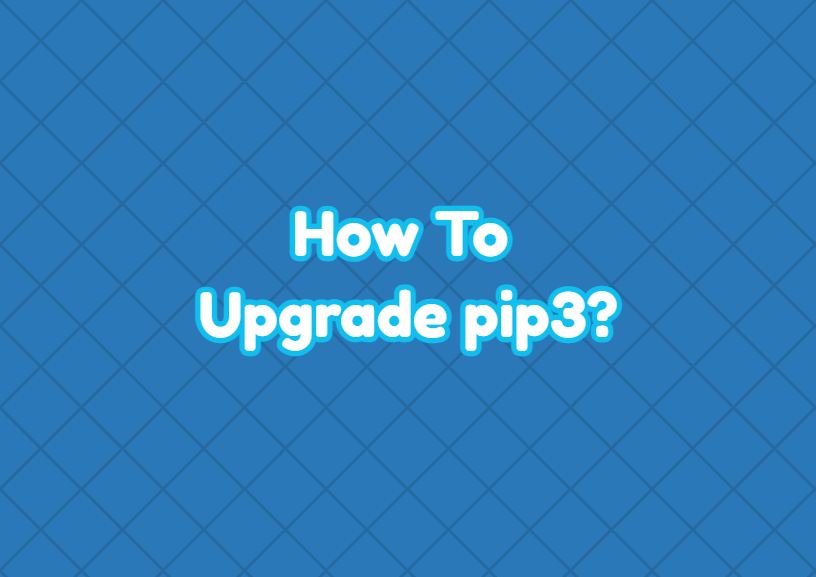 The pip3 is a Python module that can be also managed or upgraded using the python3 command. The python3 command with the -m option to specify pip module and use the install and --upgrade options like below.

The pip is an alias to the active version of the Python pip. If the Python3 is installed only the pip command refers to the pip3 as well. The pip can be upgraded like below which will actually upgrade the “pip3” under the hood.

After upgrading the pip3 command we can check the recent pip3 version by using the --version option.