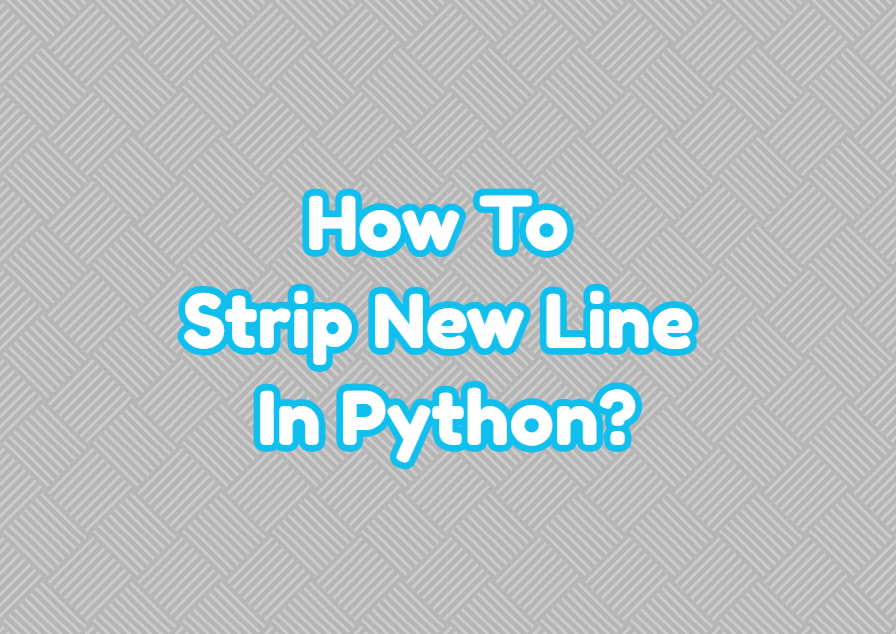 Text files use the new line in order to jump into the next line. The new line is expressed with the "\n" characters in general. These new line characters can be removed in different ways in Python. In this tutorial, we will examine how to remove trailing lines or strip new lines in Python.

The rstrip() is a bit different version of the strip() method. The rstrip() strip from right and can be used to strip new line.