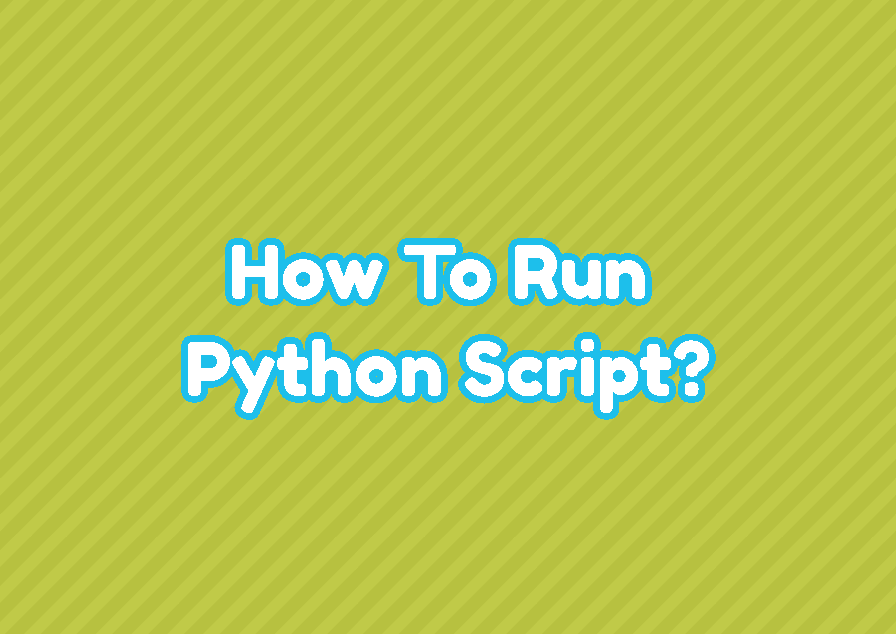 Python is a popular programming language used to create applications and scripts. The python script is a file that contains Python code. The Python code consists of different statements. The Python files have the *.py extension which is the short form of the “python”. Alternatively *pyw is used for Python script for Windowed mode, *.py3 is for Python3 script, *.pyc for Python compiled bytecode. A Python script can be executed in different ways.

During this tutorial, we will use the following sample Hello World script. The following script simply prints “Hello World” to the standard output which is generally the terminal or command-line interface.

Before trying to run a Python script the version of the Python script and Python interpreter is very important. Python has two major versions called Python2 and Python3. Even most of the Python features are compatible for both versions there are some incompatibilities between them which may result in an abort of script execution. The Python interpreter version can be displayed with the --version option with the python command.

The Python version output is like below which is Python3 major version with 9.5 minor version.

If you are using Windows operating system and want to run a Python script that is located under specific user Desktop use the following command.

Python uses the modules in order to put different functions, structures to the related space. The import statement is used to import different built-in and 3rd party modules. The import can be used to import a *.py file which statements exception, class, function etc. inside the *.py file will be executed. First we should open Python Interactive Shell by using the python command like below.

In the interactive shell use the import statement with the Python file name.