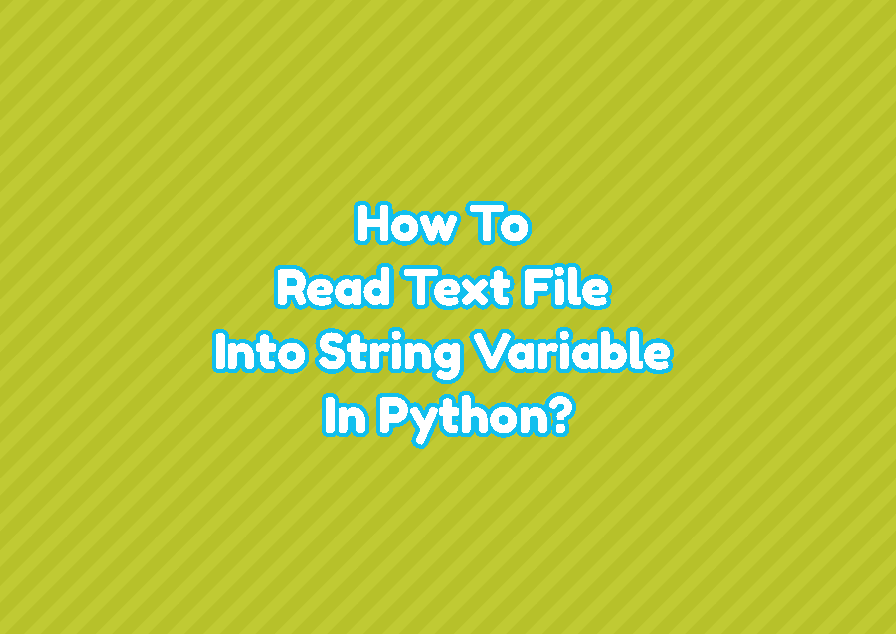 The file read() method can be used to read the whole text file and return as a single string. The read text can be stored into a variable which will be a string.

Alternatively the file content can be read into the string variable by using the with statement which do not requires to close file explicitly.