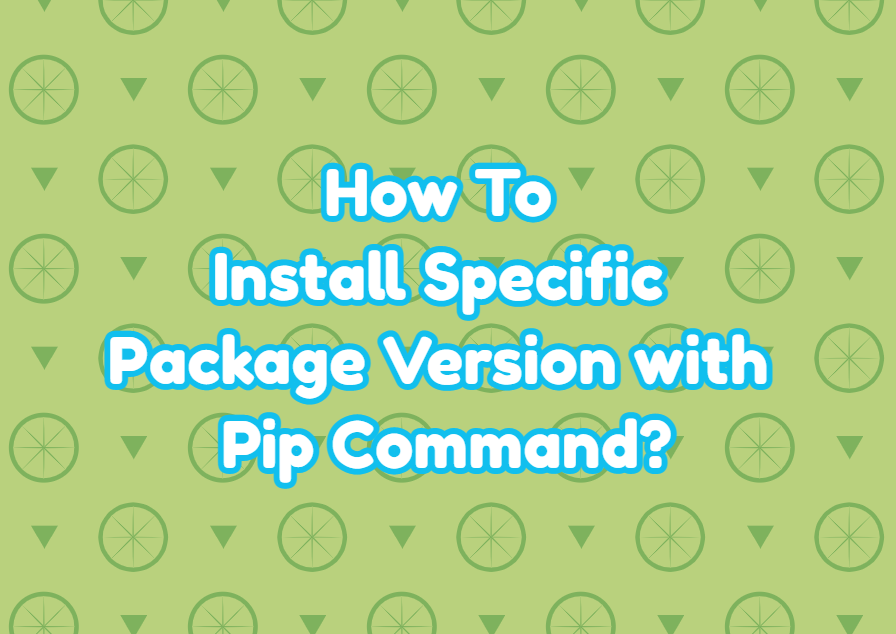 The pip is a command and tool used to install, update and remove 3rd part packages for Python. The pip is generally used to install and update packages but there are different use cases. By default, the pip command installs the latest version of the specified package. But Python is a very dynamic language where its environment is dynamic too and the package versions change regularly. But in order to run a python script or code a specific and old package may be required for compatibility. In this tutorial, we will learn how to install a specific Python package or module with the pip command.

Remove Other Versions and Then Install Specific Package Version

If you installed a specific version but when try to use the installed package you may get an error. There are different reasons but the most common reason is the versions can collide. We can remove other versions with the -Iv option.

If there are some problems like errors, collusion, or already installed we can force the installation of the specific package with the –force-install option like below.

In order to install specific Python package version a range can be specified. The comparison operators like >= or <= can be used like below.