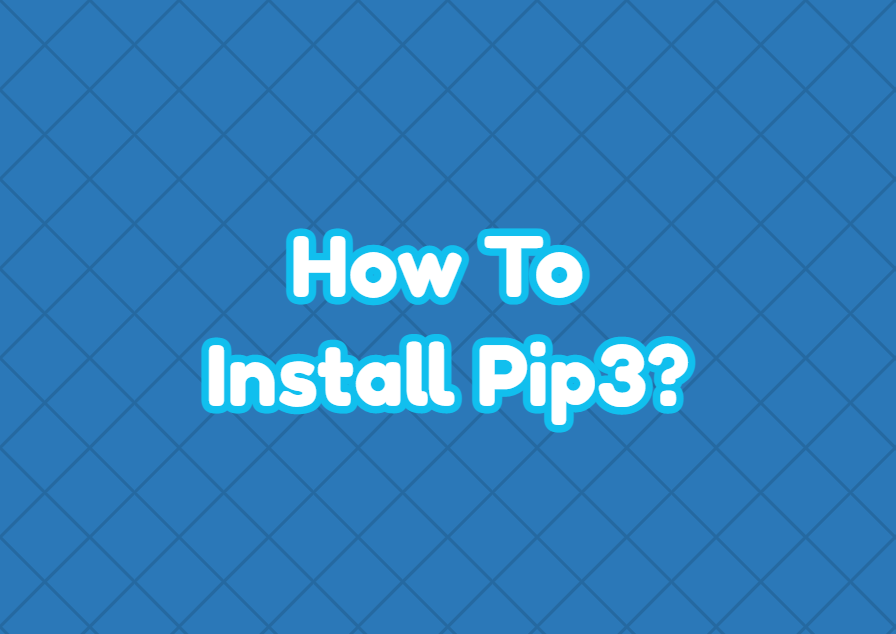 The pip3 is the official Python package manager in order to install 3rd party modules. Python provides a lot of modules and libraries by default but as a popular programming language, there are also a lot of 3rd party modules and libraries. The pip3 is created to manage these modules or libraries by searching, installing, updating, removing them. The pip3 command can be used with Python installation which can be Windows, Ubuntu, Debian even MacOSX. In this tutorial, we examine how to install pip3 for different operating systems and platforms.

If the pip3 is not installed on a Debian, Ubuntu, or Mint system the following error message is displayed.

If the pip3 is not installed on a Windows operating system the error message will be like below.

Debian, Ubuntu, and Mint use the package base the pip3 can be installed on all of them with the following apt install command. The pip3 package is named as python3-pip .

By default recent Python installer versions install the pip3 command. But if it is not installed first the get-pip.py file should be downloaded via the pypa.io web site via the browser or using a command-line download tool like curl .

Then the downloaded get-pip.py file should be executed with the python3 interpreter like below.

After the installation is complete it can be checked with the -V or --version options.

The pip3 command can be installed for MacOSX operating systems by using the brew package management tool. The brew install command is used like below.

Alternatively, the Windows method can be used which is described above. The get-pip.py file is downloaded like below.

And then it should be executed with the python3 interpreter like below.

3rd party Python3 packages can be installed by using the pip3 install command like below.

Existing or already installed 3rd party Python packages or modules can be removed or uninstalled with the pip3 remove command like below.