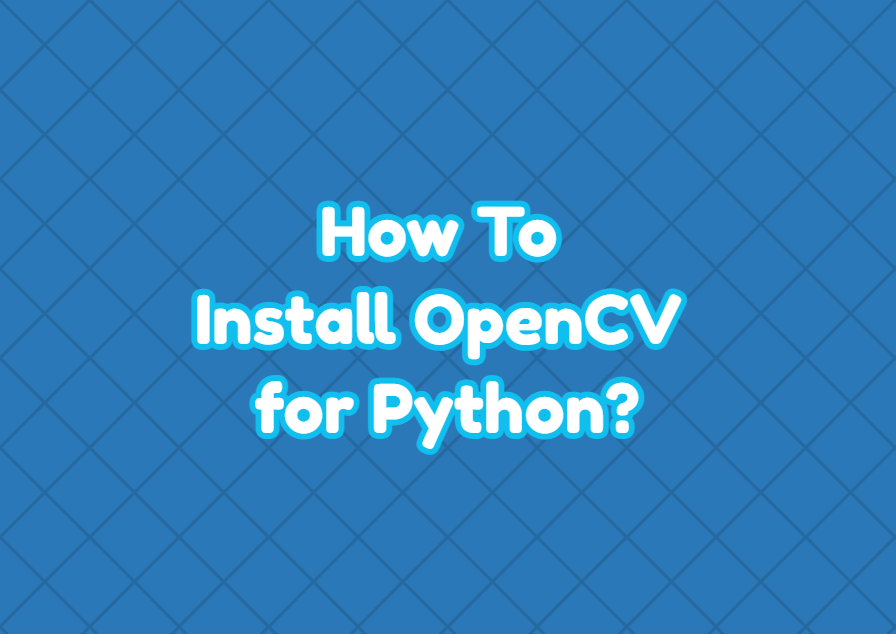 OpenCV is a Python library used to process images which also provides computer vision and machine learning. The OpenCV is a 3rd party library where it is not provided via Python installation by default. By using OpenCV text, face, and plate recognition, extracting humans, detecting suspicious objects are very easy to implement. The OpenCV library can be installed for Python via the package managers for Linux and pip command for Linux and Windows operating systems.

The OpenCV can be installed by using the pip command for Python2. The OpenCV package is named as opencv-python .

The already install OpenCV package can be updated by using the pip and pip3 commands. Use pip or pip3 commands with the upgrade option to update existing OpenCV installation.

The OpenCV can be also installed via different package managers. For the deb based distributions like Debian, Ubuntu, Mint, or Kali the package name is python3-opencv . The apt command is used to install python3-opencv package.