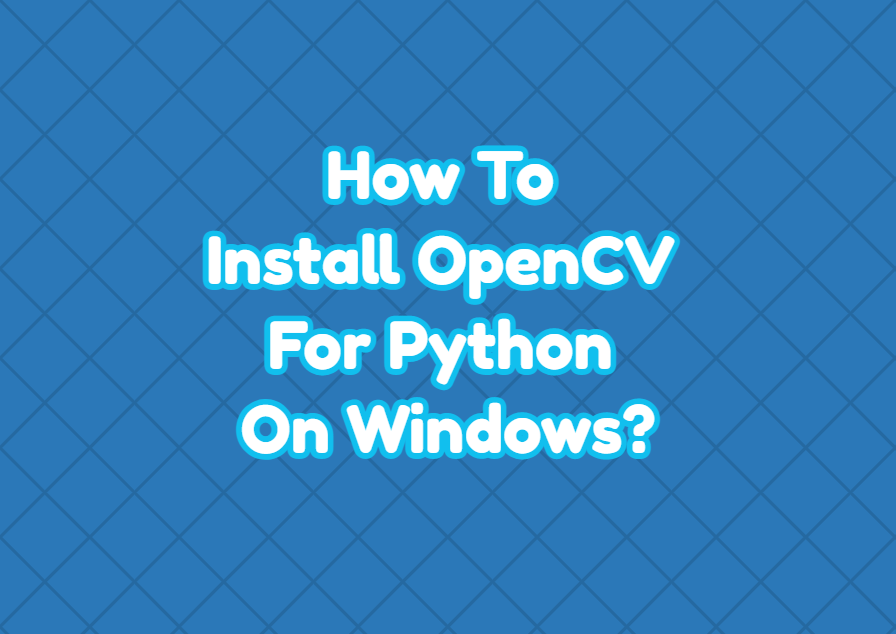 OpenCV is an advanced library used for computer vision. OpenCV is an open-source and cross-platform library provided for the Windows and Linux operating systems. By using OpenCV different objects, faces, plates, humans, cars, etc. can be detected in images, videos, and streams easily. OpenCV can be installed in different ways for Windows and Linux operating systems. In this tutorial, we examine how to install OpenCV for Windows from scratch.

As OpenCV is a Python module we should first install Python and its official package manager pip. For the recent versions of Python, the pip is installed automatically which means installing Python is enough for the first step. Use the following URL to download and install Python for Windows operating system.

After the installation is completed open the MS-DOS or PowerShell command line interface and type the following command in order to check if the pip is installed properly.

If the pip is installed properly we can see the following output which lists the pip commands and options.

OpenCV is a very active project which is updated regularly with new versions. We can show OpenCV-related information with the following command. This displays version, summary, homepage, etc. information.

The OpenCV package is named as opencv-python in the pip repository and we can install OpenCV using pip command like below.

The OpenCV is installed successfully now we can import the OpenCV module cv2 in Python like below and use it.