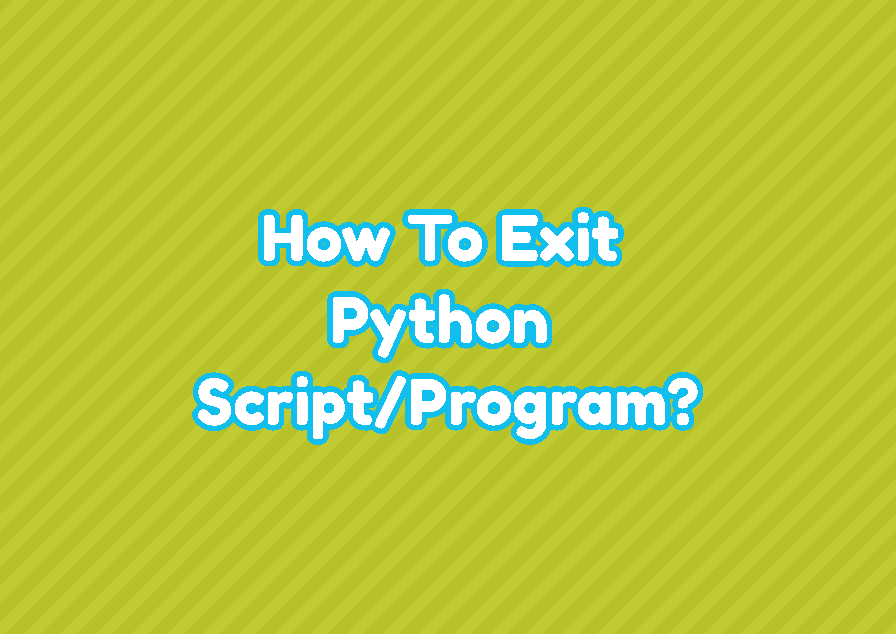 Python scripts or programs run forever unless the execution reaches the end or explicitly the script or program is exit explicitly. Python provides different ways and methods to quit from script or program. The sys.exit() is the standard and most popular way to exit from Python script/program. Also, the quit() method can be used too.

The sys.exit() method is the best way and the most popular way to exit from a Python script/program. This is provided by the sys module . So in orde to use it the sys module should be imported. The ssy.exit() method also accepts parameters which can be an integer. This parameter is returned by the Python program/script in order to provide information about it. If the returned integer is 0 this means “succesfull termination” which means the script/program is executed and terminaed succesfully without an error or problem.

Alternatively unsuccesfull termination message can be send by providing non-zero parameter to the sys.exit() method.

The most inconvenient way to exit from Python program or script is raising the SystemExit exception. This way raise an exception which means the termination is not succesful and there it an exception.