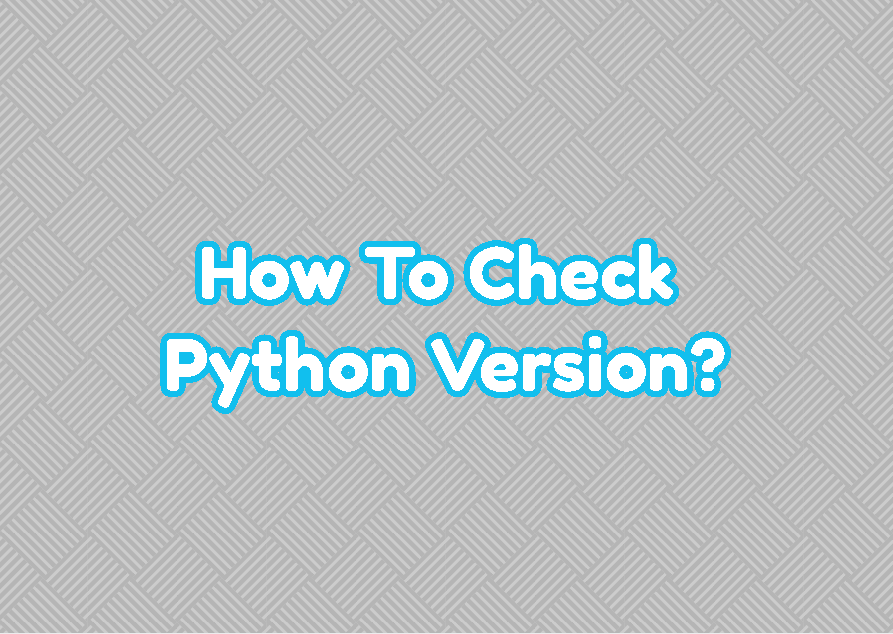 Python is one of the most popular programming and scripting languages. Python is used for different types of applications from website to machine learning, big data to simulation. Python is generally installed in a lot of computers and systems. But Python is a dynamic language that is updated regularly with new features.

When a Python application works with a specific version it may not work with another version. In this tutorial, we will learn how to print or display the python version.

As a dynamic language Python updated regularly and it has a lot of versions. Every Python release is versioned like below.

In order to run python applications and script the binary Python interpreter is used. Python interpreter is a binary file which is generally named as python or python2 or python3. This can be changed according to the installation and situation. These binaries or commands provide the –version option which will print the complete python version from the command line. This command line can be a bash terminal or MS-DOS or PowerShell.

The output will be like below according to the Python version.

Python is develeoped for 20 years and it is planned to end the Python2 support at the end of the 2020. Today most of the popular Python2 3rd party modules are ported into the Python3.

If you are using Linux distribution like Fedora, CentOS, RHEL and installed Python with package managers like yum or dnf you can show the package information to display Python version. The yum info or dnf info command can be used for this.

The Python Package Manager (pip) can be also used to display the installed Python version. As pip is integrated with Python the “pip -V” or “pip –version” commands will list pip and Python version like below. but only the Major and Minor version numbers will be listed the micro version number will not display with this pip command.