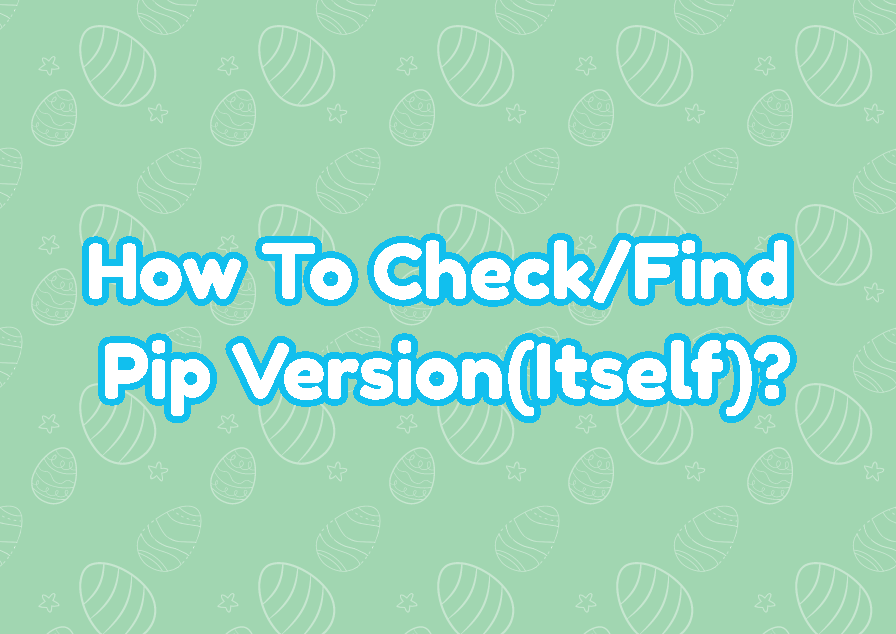 The pip command provides the -V option in order to list version information about itself. The -V option is the short form of the version.

We can see that pip version via the output. This version information contains some numbers related to the major and minor version numbers. Also, the underlying Python interpreter version is displayed too.

Alternatively, the long form of the version option can be used which is --version .

In some cases for different operating systems and installations, the pip can be also named like pip3 . The same options can be used to show pip3 version information like below.

Or for the installations with the python name;